IF THERE WERE one thing you could do right now, besides diet and exercise, that would probably make the most profound difference to your physical health, it would be to consume fish oil on a regular basis. The fatty acids found in the fish oil are members of a family of fats called omega-3s, which have been found to be helpful in so many clinical conditions that many books have been written down touting its benefits and uses. Doctors are preaching about the importance of taking omega-3s for a long time and recommending to take supplements. So we have chosen the best quality omega-3 supplements available to buy in the UK for non-vegan to vegan.

Andrew Stoll, M.D., director of the Psychopharmacology Research Lab at McLean Hospital in Belmont, Massachusetts, and a faculty member at Harvard Medical School, aptly named them “wellness molecules.” If there was one supplement I could mandate for the entire population of the world—with the possible exception of those who live in Greenland and eat salmon all day—it would unquestionably be omega-3. 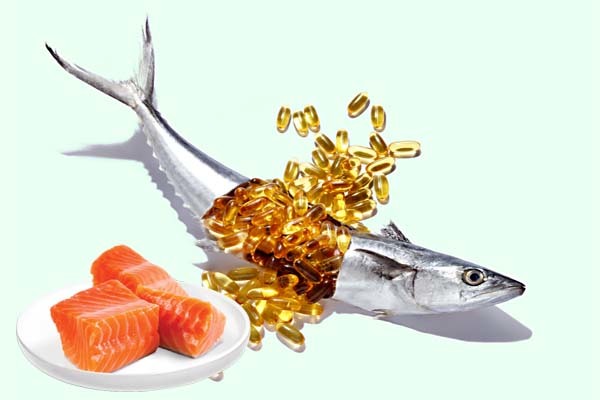 The fat in fish contains a class of polyunsaturated fatty acid called omega-3s. These fatty acids differ from the polyunsaturated fatty acids found in vegetable oils, called omega-6s, and have different effects on the body. (Fish do not manufacture such fats but obtain them from the plankton they eat; the colder the water, the more omega-3s the plankton contains.) The two most potent forms of omega 3s eicosapentaenoic acid (EPA) and docosahexaenoic acid (DHA) — are found in abundance in cold-water fish such as salmon, trout, mackerel and tuna.

The source of the third type of omega-3, alpha-linolenic acid (ALA), It is an 18-carbon-long omega-3 fatty acid. It’s the most common dietary fatty acid, found in certain high-fat plant foods, especially algae, flax seeds, chia seeds, and walnuts. However, ALA may not be as effective as EPA and DHA; this is still being researched. 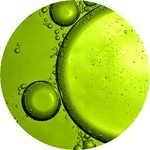 If you’ve ever heard of omega-3 fatty acids, you may know that they’re a necessary part of a balanced diet—but unfortunately, you probably associate them with eating fish or taking fish oil, right? Well, we have good news: You don’t have to eat the fish or the oils derived from them in order to get a full, healthy dose of omega-3s.

We were interested to find out what are some of the top vegan-friendly omega 3 capsules you can buy. So we went out looking for what are some of the best & most recommended vegan/vegetarian omega-3 products and brands available to buy online in the UK, which can help if you’re want to improve your daily source of essential fatty acids for maintaining good health on a plant-based diet Here is our list:

What to look for

The good news is that hundreds of scientific studies provide evidence-based support for omega-3 supplementation in a variety of health conditions. Still, choosing an omega-3 supplement can be challenging- doses and prices vary widely. It’s important to choose a supplement that is free of heavy metal contaminants and provides the right kinds and amounts of omega-3 fatty acids. Look for the bioactive ingredients—EPA and DHA—these are the key fatty acids found in fish.

Many experts recommend getting at least 650 milligrams/day of these key omega-3 fats. Be sure to store in the refrigerator, or a cool/dark place, take with your dinner or at bedtime, and DON’T takes it with soda or coffee.

Q. What’s the difference between the different types of omega-3 fats? And how much do you need?

There are three key omega-3 fats- EPA and DHA (primarily found in fish) and ALA (primarily found in plant foods such as flax meal or canola oil). When you hear news studies touting the health benefits of omega-3, they are usually referring to EPA and DHA. This potent omega-3s are bioactive and regulate mood, inflammation, heart rate, blood flow, and affect learning, just to name a few benefits.

By contrast, ALA is a building block that helps to create EPA and DHA in the body, but only when the conditions are right, and even then it’s a very inefficient process. In terms of power and potency, if EPA and DHA were considered to be the biological equivalent of a car battery for your body, then ALA would be the equivalent of a flashlight battery.

Q. How much fish oil for various health conditions?

Most Westerners are deficient in omega-3. But, you can get the essential omega-3s if you eat fish at least twice a week. There are currently no UK recommendations for omega-3 supplements. It is best to try to get omega-3 from foods but the following advice may be helpful if you choose to take a supplement according to the British Dietetic Association :

Q. What are good sources of omega-3 if you are a vegan?

The three types utilised by the human body include EPA, DHA and ALA. Both EPA and DHA have been found to support the body in a number of ways including contributing to joint, heart and eye health. Furthermore, DHA has been highlighted for its role in foetal and infant brain development, while ALA may support the maintenance of healthy blood pressure and cholesterol levels.

Nuts and seeds, especially walnuts, flaxseeds and chia seeds are rich in ALA, while algae such as spirulina and chlorella contain EPA and DHA.

Although our bodies convert ALA naturally, the process isn’t very efficient. Various studies suggest that most people convert less than 10-20% of the ALA they eat into EPA or DHA. Consuming too much omega-6 from vegetable oils or having deficiencies in certain nutrients such as zinc, can also hinder the conversion process.

Seed oils are reasonably good at raising EPA, but not DHA. The good news is the DHA found in oily fish comes from algae eaten by the fish, so why not go straight to the source?

A 2014 review concluded that algae oil led to ‘significant increases’ in blood DHA. Meanwhile, another study found that algae oil was even better than krill oil at raising levels of EPA. So seaweed could be the solution to upping your omega-3 levels, whether you’re vegan or not.

What are the benefits?

An important risk factor for heart disease—some might say even more important than cholesterol—is having high triglycerides. Triglycerides are the main form of fat found in our body and are nearly always measured on a standard blood test.

Omega-3 fish supplements reduce triglyceride levels by up to 40 % in some research, an astonishingly high amount. The Agency for Healthcare Research and Quality analysed 123 studies on fatty acids and concluded that “omega-3 fatty acids demonstrated a consistently large, significant effect on triglycerides—a net decrease of 10 to 33 %.” The effect is most pronounced in those with high triglycerides, to begin with.

Another major risk factor for heart disease is hypertension or high blood pressure. Fish oil supplement can lower blood pressure, albeit modestly. But its effect on cardiovascular disease overall is anything but modest. Many studies have shown that the fatty acids found in fish reduce the risk of death, heart attack, stroke, and abnormal heart rhythms. So it is very important for your heart health. It’s been estimated that if you consume proper fatty acid regularly could reduce the rate of fatal arrhythmias by 30 %. Many lives could be saved each year if the UK population had sufficient omega-3s in their bodies.

Omega-3 blood levels are one of the best predictors of a sudden heart attack. Those with the highest risk for heart attacks have the lowest levels of omega-3s. In the UK, heart attack survivors have now prescribed fish supplements for life in keeping with the guidelines of the British National Institute for Health and Clinical Excellence. Many physicians also consider supplementation with fatty acids is an important part of nutritional treatment for heart health, diabetes and metabolic syndrome.

Omega-3s are also effective general anti-inflammatories, useful for joint problems, lupus and psoriasis. Studies indicate that people with rheumatoid arthritis experience less joint swelling and stiffness, and may even be able to manage on lower doses of anti-inflammatory drugs when they take fish supplements. In a study of people with Crohn’s disease (a painful type of inflammatory bowel disease), 69% of those taking enteric-coated fish oil supplements (about 3 grams of fish oils a day) experienced no symptoms of their illness, compared with lust 28% of those receiving a placebo.

Fish oils may also help to ease menstrual cramps. From soothing hot flushes to smoothing your mood, taking this oil benefits the menopause. So it works as menopause supplements.

In addition, omega-3s may play a role in mental health: some nutritionists believe that there is a correlation between the increasing incidence of depression in Australia and the declining consumption of fish, and preliminary studies suggest that omega-3 fatty acids may reduce the severity of schizophrenia by about 25%, and also help to correct dyslexia in children.

Fish oil capsules may cause belching, flatulence, bloating, nausea and diarrhoea. Very high doses may result in a slightly fishy body odour. There is some concern that high doses can lead to internal bleeding, but a study of people with heart disease who took 8000 mg of fish supplements in addition to aspirin (an anticoagulant) found no increase in the incidence of internal bleeding. Some studies have found that high doses of fish oils worsen blood sugar control in people with diabetes; others have shown no effect. To be safe, diabetics should not take more than 2000 mg of oil capsules a day except on medical advice.

Individuals with high levels of triglycerides should be careful if they also have high LDL (‘bad’) cholesterol: therapeutic doses of fish oils can increase LDL. Garlic supplements may be the remedy. One study found that garlic reversed the fish oils’ LDL-raising effect. For rheumatoid arthritis and other inflammatory conditions, eating enough fish is probably not sufficient, and fish oil supplements are recommended.